My poem ‘The Being’—partly about a line from Paul Celan’s Collected Prose (‘Only one thing remained reachable, close and secure amid all losses: language’), partly about growing up gay in 1980s and 1990s Tasmania, the last Australian state to decriminalise male homosexuality, and its infamously homophobic pollies, including former Ulverstone councillor Jack Breheny (a bit of his most bilious volley appears here)—in The Weekend Australian Review. Thanks to editors Jaya Savige and Stephen Romei, thanks to Felicity Plunkett for the photo. 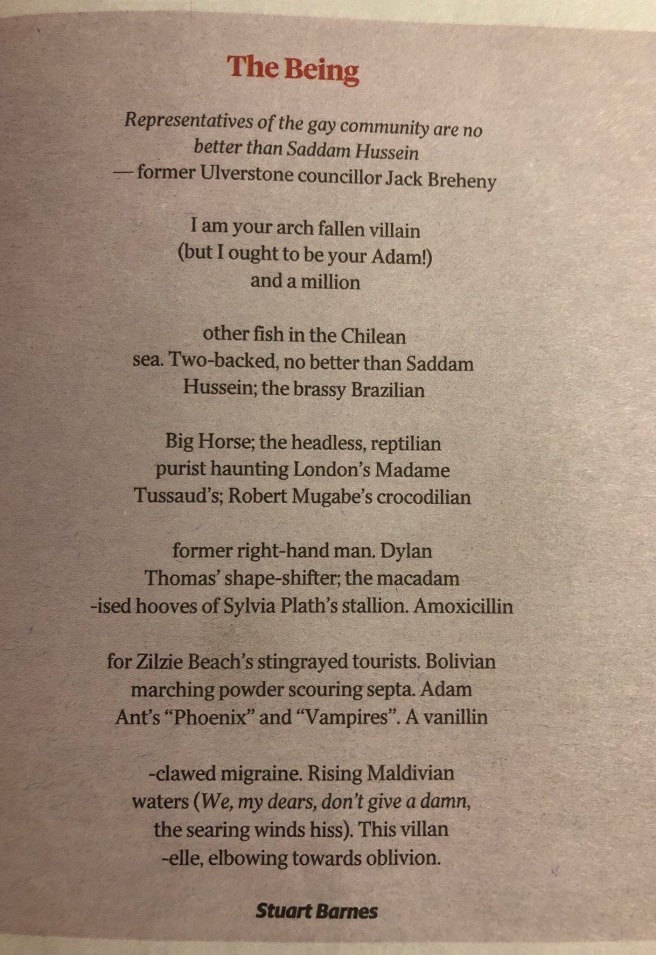 View all posts by Stuart Barnes